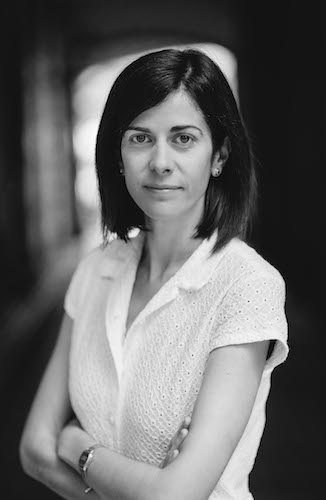 Ana Tajadura-Jiménez (Principal Investigator) studied Telecommunications Engineering at Universidad Politécnica de Madrid. She obtained an MSc degree in Digicom and a PhD degree in Applied Acoustics, both at  Chalmers University of Technology, Gothenburg, Sweden. Ana was post-doctoral researcher in the Lab of Action and Body (LAB) at Royal Holloway, University of London. In 2012 she moved to University College London Interaction Centre (UCLIC) as an ESRC Future Research Leader and as principal investigator of the project The Hearing Body. Since 2016 Ana is a Ramón y Cajal research fellow, first based at Universidad Loyola Andalucía, and currently at Universidad Carlos III de Madrid. She is also an Honorary Research Associate at UCLIC. Ana coordinates the research line  “Multisensory stimulation to alter the perception of body and space, emotion and motor behavior.” Her research is empirical and multidisciplinary, combining perspectives of psychoacoustics, neuroscience and HCI. 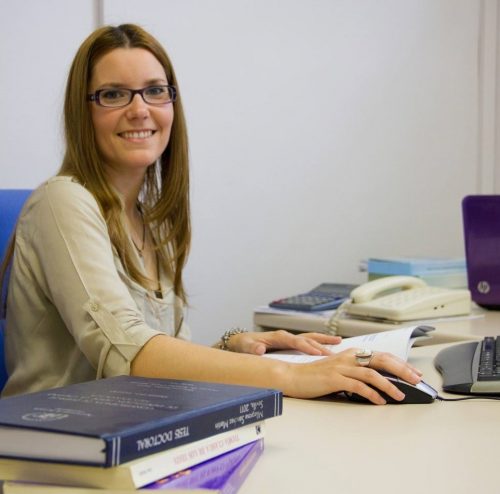 Milagrosa Sánchez Martín (Principal Investigator) received her Ph.D. degree with European mention at Universidad de Sevilla. She was awarded in 2011 with the young researcher award by the Spanish Association of Methodology of Behavioral Sciences. She is the coordinator of the Psychology degree at the Universidad Loyola Andalucía, where she teaches different courses related to methodology and data analyses. She is also a founding partner of the spin-off Metodik, dedicated to providing methodological advice for data analysis in research projects – this company was awarded as one of the best business ideas in 2013 from the University of Seville. She has participated in several funded projects in the area of Social Sciences and Health, as well as research contracts with companies like Pearson Education or Coca Cola Happiness Institute. She has several high impact publications in the above mentioned topics derived from her trajectory. 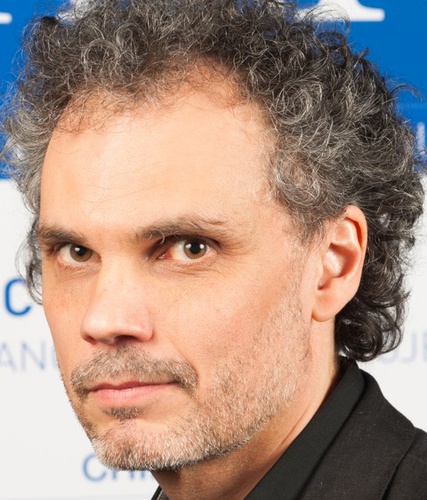 Frédéric Bevilacqua is the head of the Sound Music Movement Interaction team at IRCAM in Paris (part of the joint research lab Science & Technology for Music and Sound – IRCAM – CNRS – Université Pierre et Marie Curie). His research concerns the modeling and the design of interaction between movement and sound, and the development of gesture-based interactive systems. He holds a master degree in physics and a Ph.D. in Biomedical Optics from EPFL in Lausanne (awarded the 1st Prize of the French Society of Medical Lasers in 1999). He also studied music at the Berklee College of Music in Boston (1992-93) and has participated in different music and media arts projects. From 1999 to 2003 he was a researcher at the Beckman Laser Institute at the University of California Irvine, where he contributed to the development of a tissue imaging technique that lead to the creation of the startup Modulated Imaging. In 2003 he joined IRCAM as a researcher on gesture analysis for music and performing arts. He co-authored more than 120 scientific publications and co-authored 5 patents. His research projects and installations were presented internationally, including the Pompidou Center, MoMA (USA), ZKM (Germany), EMPAC (USA), YCAM (Japan). He was keynote or invited speaker at several international conferences such as the ACM TEI’13. In 2006 he was the co-chair of the International conference New Interfaces for Musical Expression. As the coordinator of the “Interlude project”, he was awarded in 2011 the 1st Prize of the Guthman Musical Instrument Competition (Georgia Tech) and received the award “prix ANR du Numérique” from the French National Research Agency (category Societal Impact, 2013). 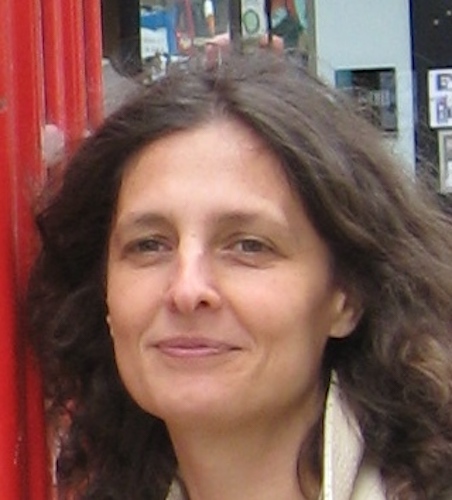 Nadia Bianchi-Berthouze is a Full Professor in Affective Computing and Interaction at the Interaction Centre of the University College London (UCL). She received her PhD in Computer Science for Biomedicine from the University of the Studies of Milan, Italy. Her research focuses on designing technology that can sense the affective state of its users and use that information to tailor the interaction process. She has pioneered the field of Affective Computing and for more than a decade she has investigated body movement and more recently touch behaviour as means to recognize and measure the quality of the user experience in full-body computer games, physical rehabilitation and textile design. She also studies how full-body technology and body sensory feedback can be used to modulate people’s perception of themselves and of their capabilities to improve self-efficacy and copying capabilities. She has published more than 170 papers in Affective Computing, HCI, and Pattern Recognition. She was awarded the 2003 Technical Prize from the Japanese Society of Kansei Engineering and she has given a TEDxStMartin talk (2012). 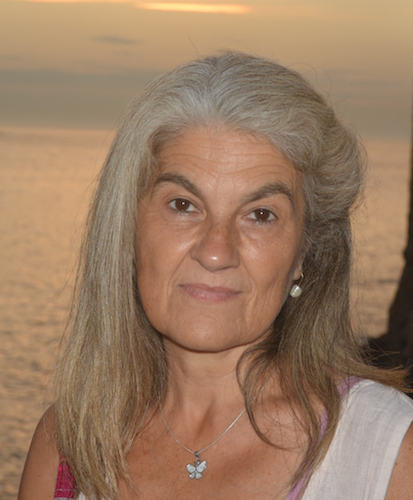 Mercedes Bordá Más is a full professor at the University of Seville. She holds a BSc degree and PhD in Philosophy and Educational Sciences (Psychology Section) from the University of the Basque Country (UPV). She obtained an extraordinary doctorate award. She has taught Behavior Change at MSc and Doctoral level from 1993 to the present. She has been a Specialist in clinical psychology and psychosocial factors in the Occupational Risk Prevention Service of the US since 1997. She is the co-author of more than fifty scientific articles, most of them in journals indexed in international databases. She has directed several doctoral theses and is responsible for the research group CTS-432 “Clinical Intervention in Behavioral Medicine and Health Psychology”, participating as researcher in several research projects related to clinical and health psychology. 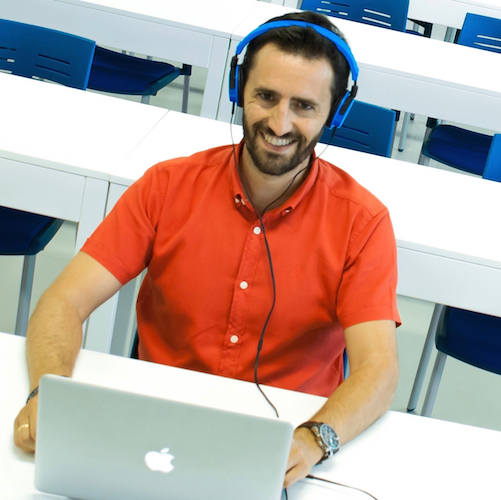 Francisco José Cuadrado is PhD in Communication, researcher and professor at Universidad Loyola Andalucía, as well as the responsible for musical activities and director of the postgraduate program “Leaders for the world” at Loyola Leadership School. He has also been professor at University of Seville, University Ramón Llull (Barcelona) and National University of Quilmes (Argentina). He works on two main research lines. The first one is focused on music and sound creation and perception in media (music and sound design for audiovisual and interactive products, surround sound perception, emotions generation through sound and virtual audio/music technologies mainly). In this field, Francisco Cuadrado is the IP of the project “The unconscious listening” funded by BBVA Foundation. The second one is centered on music education and children development through music. As part of this research line, he is the coordinator of the Erasmus KA3 research project “Learn To Be”. Since 2012 Francisco Cuadrado has lead the research and educational project “Music and Talent”, focused in the use of music as a resource for the cognitive, social and emotional development of school aged children. As a professional, he has worked as composer, sound designer and music producer for more than 16 years in projects for Universal Music Spain, TVE, Lotus Films, Nickel Odeon Dos, Flamenco Vivo Records, Acciona Producciones y Diseño, Hall Academy of Media Arts or Fundación Baremboin-Said. 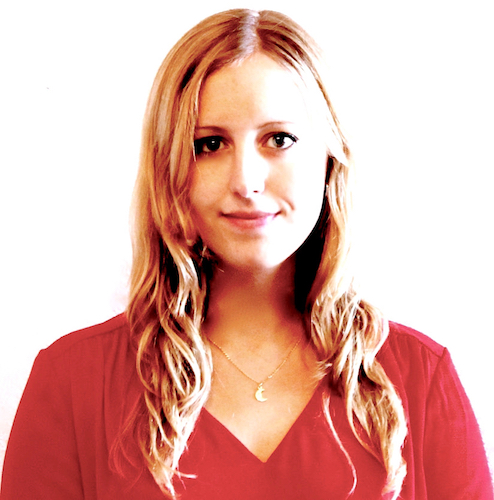 Patricia Rick Rivera graduated from Psychology with a Certificate in Health Psychology and Mental Disorders and Behavioral Intervention at Universidad Nacional de Educación a Distancia (UNED, Madrid, Spain). She remained at UNED obtaining a Psychology Research master’s degree. From February 2015 to February 2017 she collaborated as a researcher in the Learning and Other Basic Psychological Processes department, conducting animal behavior studies. She joined a PhD program at Universidad Loyola (Sevilla, Spain) in March 2017 at the “Multisensory stimulation to alter the perception of body and space, emotion and motor behavior” research line, led by Ana Tajadura-Jimenéz. 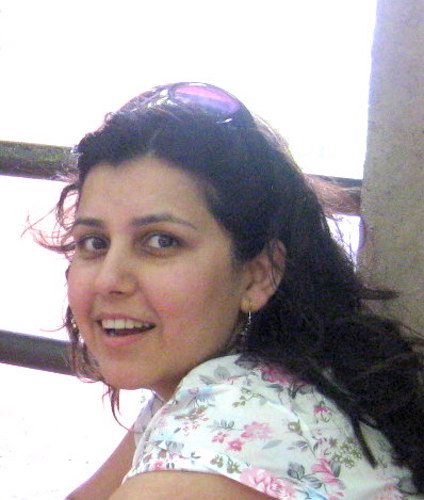 Aneesha Singh is a Human-Computer Interaction Researcher at the UCL Interaction Centre. She is interested in the design, adoption and use of personal health and wellbeing technologies in everyday contexts. She is working in the research areas of digital health, ubiquitous computing, multisensory feedback and wearable technology. She received her PhD at UCL in Human Computer Interaction and her MSc in Evolutionary and Adaptive Systems from University of Sussex. Before that she has previously worked in industry in various roles as a software developer, analyst and project leader, and as a technical journalist. 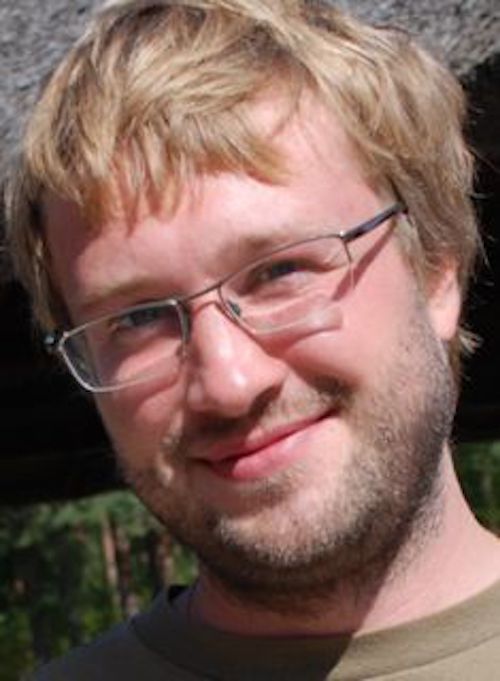 Aleksander Väljamäe received his PhD in applied acoustics at Chalmers University of Technology, Gothenburg, Sweden, in 2007. During his PhD studies on multisensory perception he also worked at University of Barcelona, Spain and NTT Communication Science Labs, Japan. In 2007-2010 he has being a postdoctoral fellow and the psychophysiology lab director at SPECS Laboratory, Pompeu Fabra University, Barcelona, Spain. In 2011-2012 he was a senior postdoctoral fellow at Neuropsychology Laboratory, University of Graz, and Graz BCI lab, Technical University of Graz, Austria. From 2013 till Feb. 2015 he was Marie Sklodowska-Curie International Outgoing Fellow (Sankt Petersburg State University and Linkoping University) working on collaborative neurofeedback applications. During this time he has being active in a number of EU projects: POEMS, PRESENCCIA, BrainAble, TOBI, Future BNCI, CONTRAST and GALA; and acted as an external expert for EC. Currently he is an associate professor in physiological computing at HCI group, School of Digital Technologies, Tallinn University, Estonia. His psychophysiology research concerns how audiovisual media influence humans on perceptual, cognitive and emotional levels, with particular stress on the novel methods for diagnosis and treatment of various brain disorders (e.g. depression, migraine) and new applications (Brain-Computer Interfaces, neurocinema). Dr. Väljamäe also participates actively in art and science projects, e.g., his technical directing of the “Multimodal Brain Orchestra” performance in 2009, Prague  (http://news.bbc.co.uk/2/hi/science/nature/8016869.stm), or supporting video roadmapping activities of Future BNCI project (youtube.com/user/FutureBNCI). 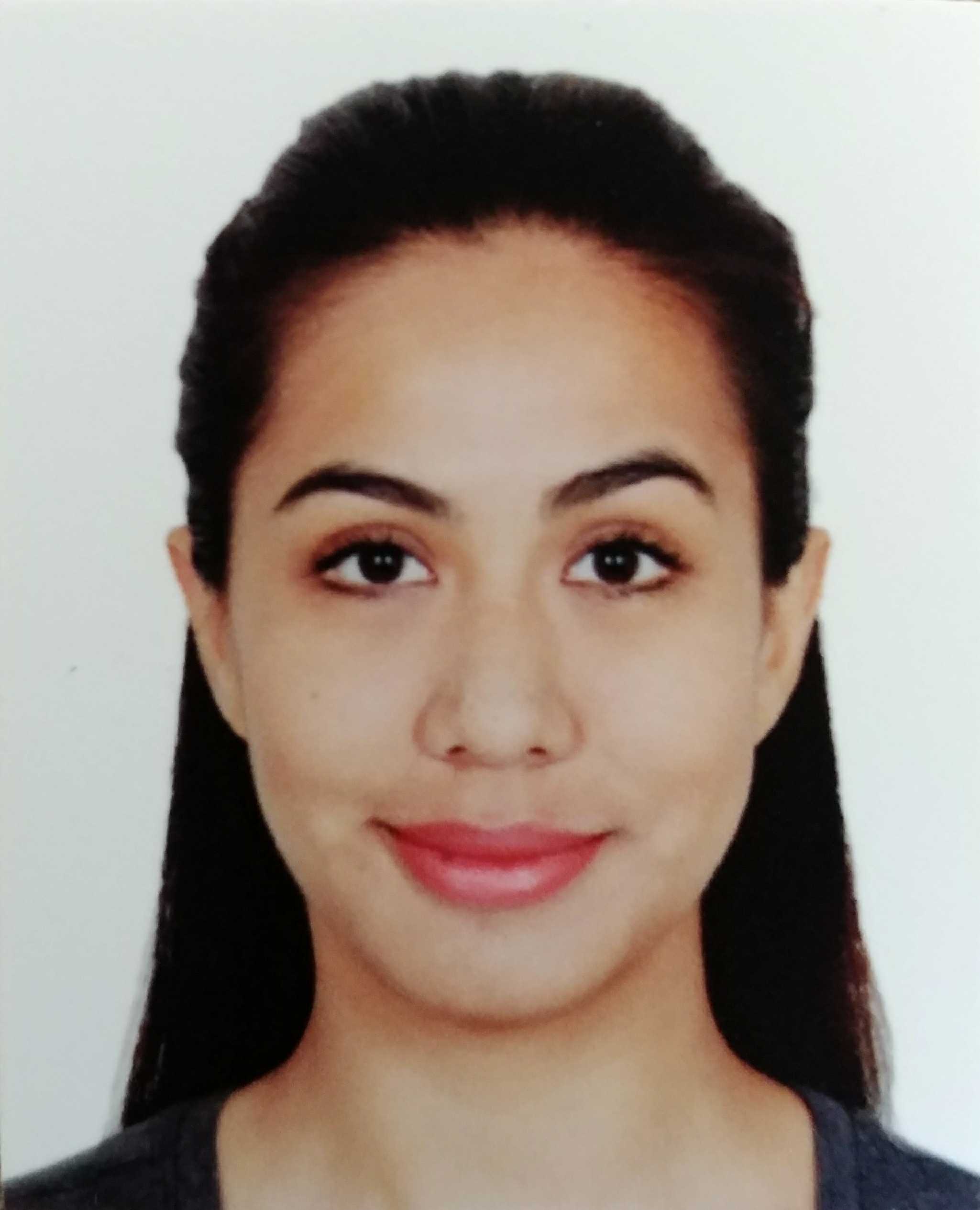 Judith Guadalupe Ley Flores is a PhD student of Computer Science and Technology at Universidad Carlos III of Madrid. She is working on the research line “Multisensory stimulation to alter the perception of body and space, emotion and motor behavior”. She studied Software Engineering at ITSON, Mexico and earned an MSc degree in computer Sciences at CICESE Research Center, Mexico. Her research interests are Human Computer Interaction (HCI), ubiquitous computing, sound computing for multimodal interfaces like interactive surfaces in combination with sound feedback to support activities in physical health such as motor therapies, rehabilitation or some application of physical computing. 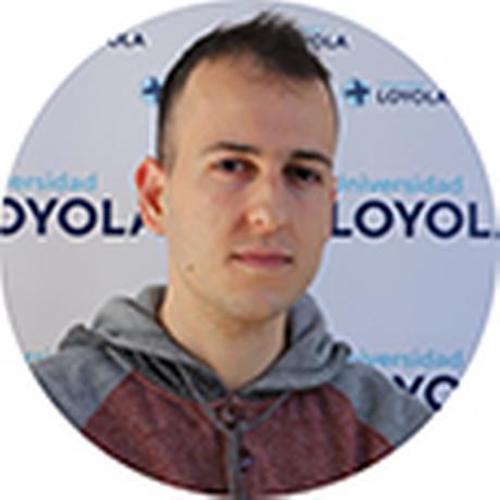 Sergio Navas León is currently a PhD student at University of Loyola in the area of ​​Cognitive and Affective Neuroscience. He studied Psychology at University of Huelva (Spain) and obtained a MA degree in Health Psychology from the same university. His interests are data analysis, human multi sensory perception and auditory-feedback technologies. His research is based on the modification of perceptual distortions normally present in people with eating disorders in order to improve their physical and emotional health.